Rhododendron x ‘Abbey’s Re-view’ Repeat blooming! a PJM hybrid. Lavender Pink 6′ – 8′ shade tolerant evergreen shrub. A profuse, repeat bloomer. ‘Abbey’s Re-view’ rhododendron will flower in spring and fall, yet in the summer still be attractive with deep green, rich foliage. A very old fashioned looking flower that looks like a heritage azalea blossom. Covered in flowers, the bright lavender pink blossoms really stand out over the darker leaves. ‘Abbey’s Re-view’ is a great pick for a partial shade privacy hedge, foundation or as a stand out shrub in a landscape design. A farm favorite. 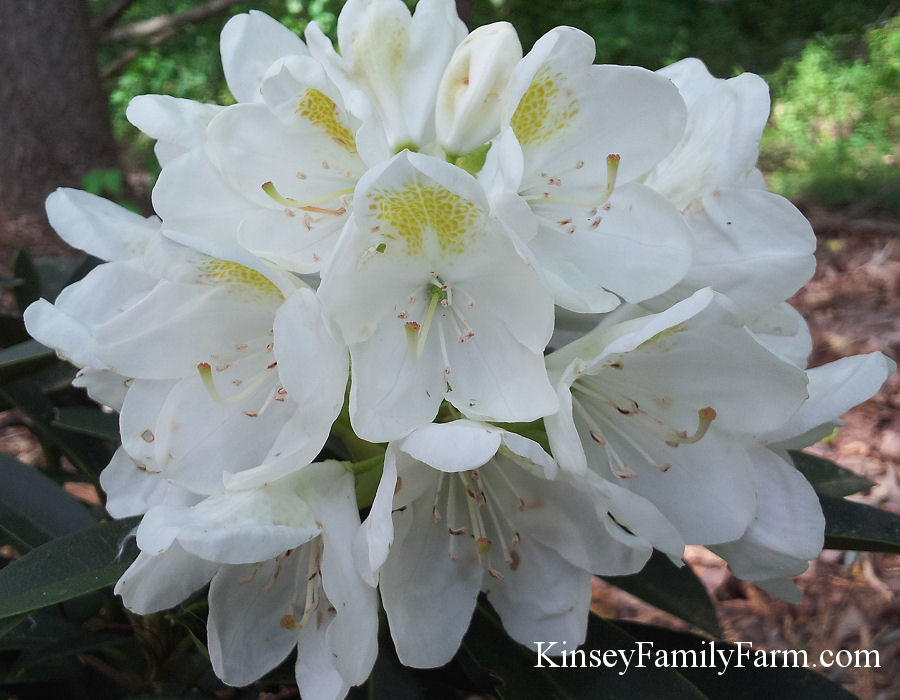 Rhododendron x ‘Chionoides’ White 4′ – 6′ shade tolerant evergreen shrub. With its compact, dense form and evergreen leaves, ‘Chionoides’ rhododendron can be a useful plant in a landscape. White flowers with yellow freckled throats appear in abundance in spring. The blooms are large and showy, sure to attract attention in a garden. Grow in partial to full shade, ‘Chionoides’ is a bit more sun tolerant than other rhododendron cultivars but still will need relief from our afternoon sun. 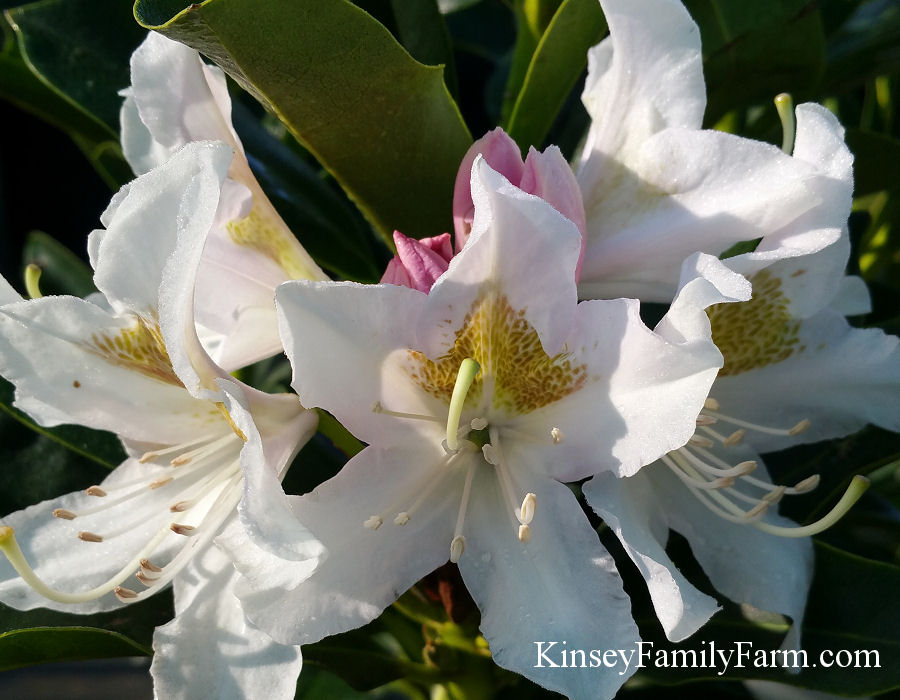 Rhododendron x ‘Elite’ lavender pink from the popular PJM group hybrids, ‘Elite’ is vigorous growing with an upright form. They are compact, evergreen. The PJM group rhododendron are known for their profuse number of flowers and ‘PJM Elite’ is no exception. In late spring this plant will be covered in blooms. The color is bright lavender pink and the foliage takes on burgundy red hues in winter. Touted to be among the easiest to grow, hardiest and heaviest blooming rhododendrons, ‘PJM Elite’ is a stable plant for any shady garden.

Rhododendron x ‘Nova Zembla’ Red Pink 5′ shade tolerant evergreen shrub. A hybrid of our native R. catawbiense, ‘Nova Zembla’ rhododendron is known for being a hardy cultivar choice. Blooming occurs in late spring and the flowers are one of the few ‘red’ colors you can find in rhododendrons. The buds are large and dramatic, blooms bright and show stopping. ‘Nova Zembla’ needs afternoon shade and protection form our hot Georgia sun. 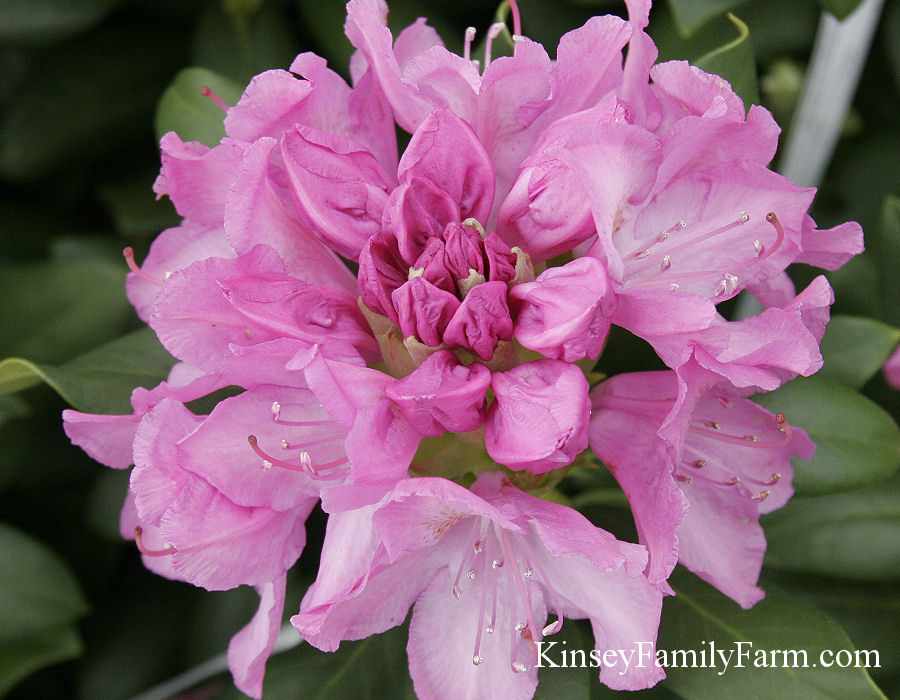 Rhododendron varieties for sale in our plant nursery garden center are subject to change. 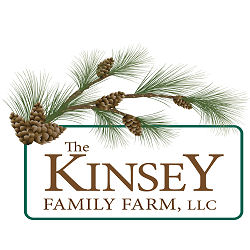